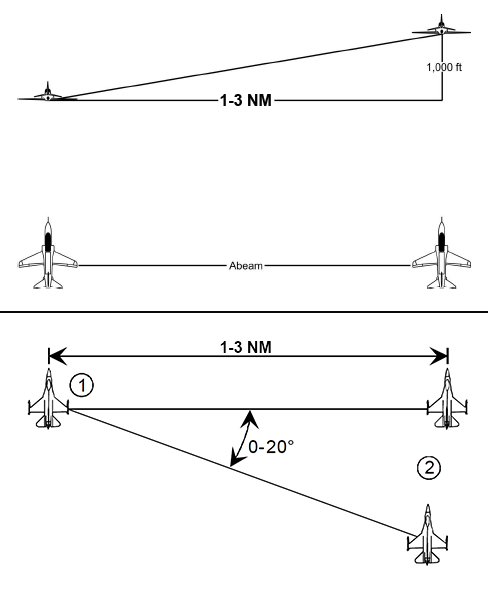 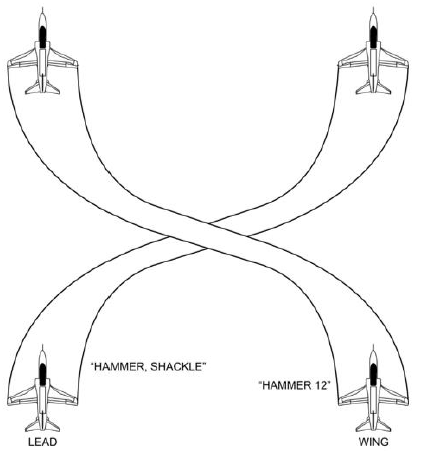 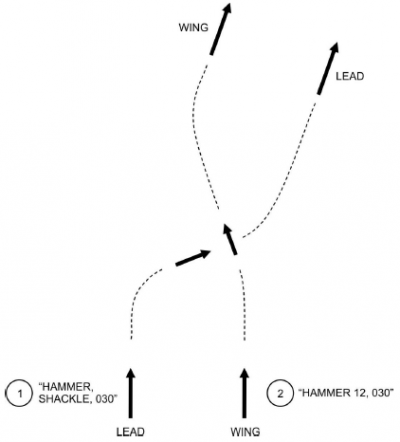 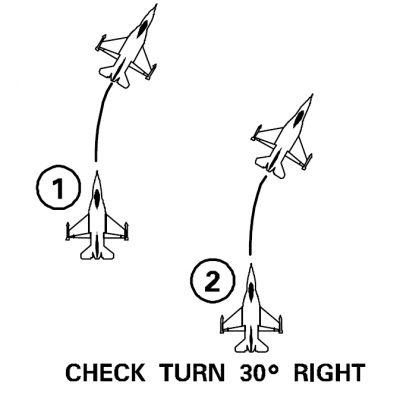 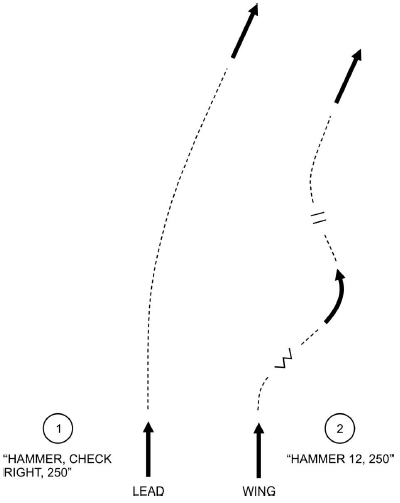 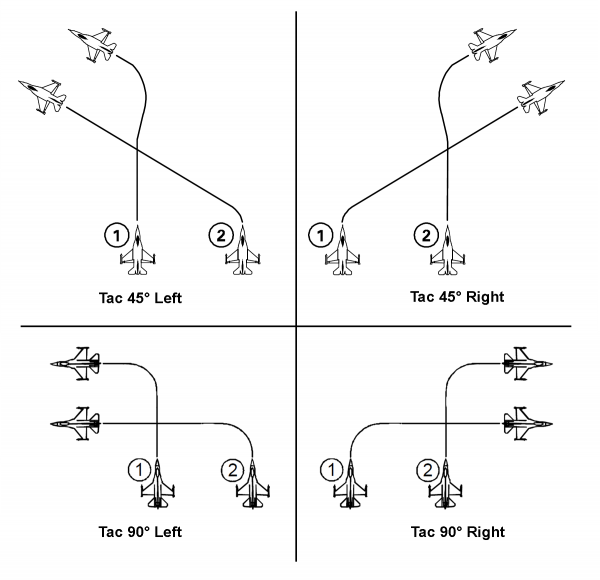 In order not to have inordinately different lengths in flight path, the turn is a delayed turn for the inner aircraft. The tac turn will result in a formation change. For example, the wingman starts the turn on the left, and will end up on the left. 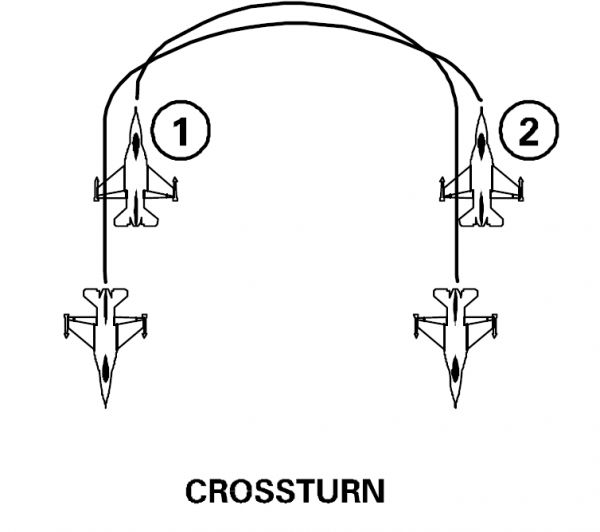