This section holds all CASE 3 procedures that are relevant for our use in DCS.

The short answer is that CASE 3 is flown during night, or during the day if the weather is really bad. For a more technically correct definition: CASE III departures are flown at night and when weather conditions are IMC (WX below 1000-5), and a controlled climb is required. CASE III recoveries are used for all night operations, as well as during the day when the weather is below Case II minimums (less than 1,000-3). 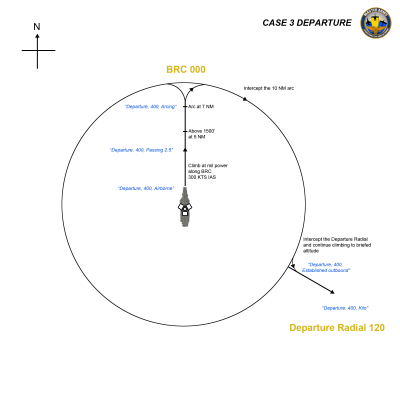 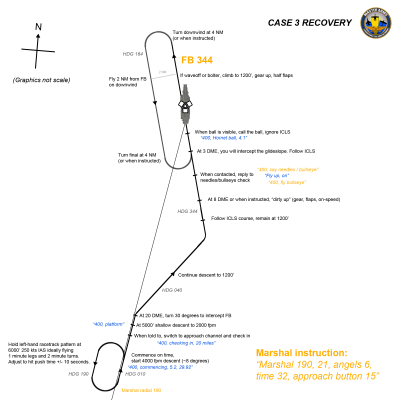 Arriving to the Carrier Control Zone

Then Marshal will proceed with giving Marshal instructions to your wingman "401".

Note 2: "CV1" is the kind of approach described here. We never do CV2, so you don't need to learn about it.