An intercept is an act of getting close to a target. The target can be a friendly, neutral or hostile aircraft or unmanned vehicles such as drones or cruise missiles. An intercept can be done for many reasons including rejoining a group, visually identifying a non-cooperating aircraft, escorting a target or joining a tanker.

Sometimes an intercept is done with the goal of a fly-by. A fly-by intercept is generally flown with lead pursuit until the very final moment when pure/lag pursuit is flown to avoid collision. The rest of this document will focus on joining intercepts since they are more complex than fly-by intercepts.

When the goal is to fly formation with the target, the intercept is called a join or rejoin. A joining intercept is generally flown with a sequence of events:

If you were already rear-aspect on the target at the start of the intercept, the intercept can be considered to start at step 4.

Basic principles for a joining intercept

Lateral separation
For a high-aspect join you need a lateral separation ("sideways" separation) that depends on altitude, airspeed and bank angle. A rule of thumb is 40 000 feet (12 km / 6.5 NM) for a head on situation. The turn radius is half this distance.
Lag - pure - lead pursuit
You start the intercept by lag pursuit and the target should pass your centerline for a lead pursuit just before half the turn for a head on intercept.
Starting turn
For a head on intercept you need to start the turn when the range to the target is approximately 3.7 times the turn radius. The targets angle off the nose should always be 32.5 degrees at the start of the turn. 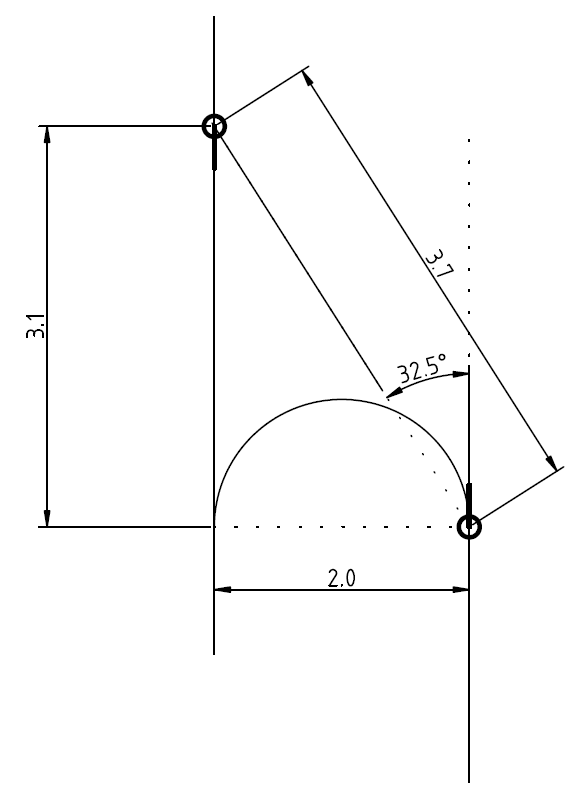